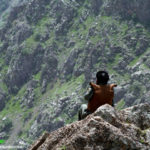 August 21, 2016 Mr. Engel is chief foreign correspondent for NBC News. He has become a household name in America regarding news from the Middle East. Thinking that I could learn something interesting from his new book, I ordered my copy, And Then All Hell Broke Loose: Two Decades in the Middle East. I was… Continue reading →

“We are very heartened with the rumblings of freedom that are putting an end to the rule of families owning countries in the Middle East. As the United States and its allies help the Libyans to free themselves from tyranny of Qaddafi, we urge the same forces to heed the domination of one race, the Turks, over the other, the Kurds, in Turkey. As Kurdish-Americans, we ask that the Obama administration appoint a special envoy to meet with the duly elected Kurdish representatives in Turkish Kurdistan. It will cost less than the operation over the skies of North Africa,” said Kani Xulam, the director of the American Kurdish Information Network (AKIN). Continue reading →