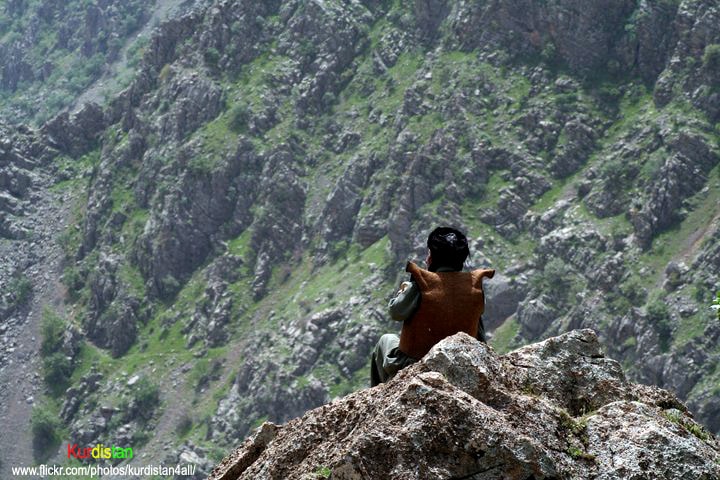 Mr. Engel is chief foreign correspondent for NBC News. He has become a household name in America regarding news from the Middle East.

Thinking that I could learn something interesting from his new book, I ordered my copy, And Then All Hell Broke Loose: Two Decades in the Middle East.

I was most anxious to see how he graded the heroes of Kobane.

The tome starts in Cairo, Egypt, in 1996, but I rushed to the border of Turkey with Syria where reporters like Mr. Engel had a bird’s-eye view of the battle that some observers compared to the siege of Stalingrad in its savagery.

In Stalingrad, the Red Army put a stop to the expansion of Nazi war machine. In Kobane, Kurdish fighters of People’s Protection Units (YPG) did the same, and with the help of the United States cracked Islamic State’s highly vaunted invincibility.

Despite Kobane’s historic importance, I saw no reference to it, none at all—right to the end of the book.

What a shame—an outright disgrace on even a facade of journalism!

The question that crossed my mind is why didn’t Mr. Engel make some room for the noble struggle of the Kurds against the savage disciples of enforced ignorance?

Maybe one day I will get a chance to ask Mr. Engel a question about his omission. I would love to be disabused of my ignorance, to paraphrase Stephen Colbert.

But, to give him credit where it’s due, Mr. Engel is definitely not an empty suit. He attended some of America’s best schools on both coasts and upon graduation from Stanford University flew to Cairo, Egypt to “ride the train of history,” as he puts it.

He has indeed done that and it is worth paying deference to his observations and heeding his warnings if Middle East is home to you or your loved ones.

Here is the best part of his book: “Sometimes I thought the only way to fix Egypt would be to drop books on it. Open the bomb doors of B-52 and let Kant and Locke, Hemingway and Gloria Steinem, rain from the heavens.”

I would add exchange programs. I am the accidental beneficiary of American Field Service (AFS), an exchange program that has blessed me with a liberal education that I would not switch for all the gold of America.

Mr. Engel, a gregarious and curious chap, learns his Arabic in Cairo and lives in places like Jerusalem, Baghdad, Benghazi, Sana’a, Tehran and Istanbul.

Middle East becomes home. Overall he likes it. But like most natives of the region, he develops his own fatal blind spot: the Kurds.

Here is what he says about his adopted Middle East after comparing its countries to a row of old homes:

“They looked stable and imposing from the outside but were in fact full of mold and termites, which they both contained and created the way old houses do if no one opens the windows or cleans them out.”

The analogy is an apt one.

But if you are a Kurd, as I am, you can’t help but realize that in the squalid basements of these crumbling homes live the Kurds not just with termites, but also rats, roaches and other creepy-crawly creatures.

And what does our adopted son say about these sun-deprived basement dwellers?

Does he, for example, urge us to “join” the Islamic State demolition crew and blow up the artificial molding borders for a chance at freedom as befitting the children of Kant and Locke?

Nope, he is as quiet as a scampering mouse on that front. The best he can muster is this snide, backhanded whack at Kurds:

“The United States isn’t responsible for giving the Kurdish people a state or denying them one.”

This statement makes a nice soundbite, but smells of cynicism as well as a disdain for the children of Kurdistan.

If the children of Jefferson can’t be bothered with the legacy of freedom, is it then their “responsibility” to arm the thugs of the Middle East who then become monsters like Saddam Hussein?

Mr. Engel is in denial, but I don’t need to be.

The United States is urging us, especially the Iraqi-Kurds, not to make a dash for liberty lest we rattle her “allies” who have as much respect for us as a cat has for a mouse.

Is this any different than when Mr. Engel says freedom is not in the horizon of the Middle East? Both, of course, give hope to the likes of Recep Tayyip Erdogan who are anxious to extirpate it for good. In his words:

“Out of the chaos, new dictators will offer themselves as alternatives to the horror of ISIS… Once in power, they will likely be worse than the old strongmen because they’ll be able to use new technologies to identify and hunt down their enemies by their digital fingerprints.”

If this is going to be our “bright” future, what should we Kurds do to avoid its unmitigated horrors!

A weak Saddam Hussein managed to kill one in twenty Kurds on his watch and you don’t need my help to tell you what a stronger one will do in the Churchillian construct called the state of Iraq!

Perhaps we Kurds should secretly root for the success of the Islamic State to permanently undermine the emergence of a new butcher in Baghdad or Damascus!

Ankara and Tehran may seem to be in charge of functioning states, but both countries have the same fault lines as Iraq and Syria.

The coup in Turkey has already cracked the brittle house of the Turks, and Iran’s imperial ambitions from Yemen to Syria will eventually cause that country to have an implosion of sort like the one in the old Soviet Union.

Dark clouds are not just the lot of the children of the Middle East, warns us Mr. Engel. Europeans and Americans have their share of them as well. Here is how he sees them:

“If a man is drowning and a boat drives past in the distance, the man accepts his death and goes down quietly.

“If a man is drowning and a boat pulls up beside him, dangles a life jacket, tells the world he wants to help, but then doesn’t throw the life jacket, the drowning man dies crying and his family might take a blood oath to take revenge on the boat’s crew.”

“The boat’s crew” is a reference to the United States—a country that still believes there are moderate Islamists in Syria as it once thought they were also in Libya.

I won’t tell Uncle Sam what to do about his own dark clouds.

But I hope Kurds will subscribe to the Scottish motto: No one hurts me unhurt!