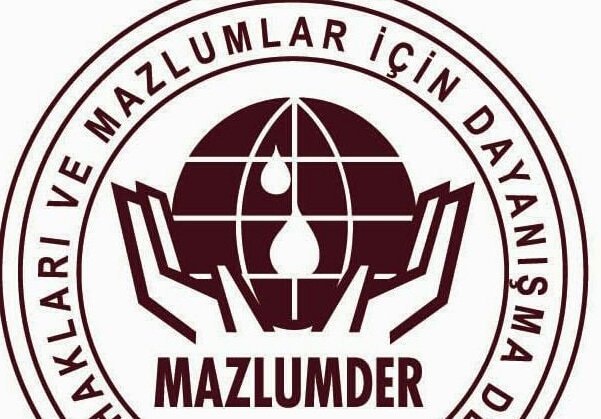 Victory can sometimes spring from the jaws of apparent defeat.

That happened last month in Turkey when a pro-government group seized control of the human rights group MAZLUMDER.

A sympathetic “judge” had already cloaked their sinister intent with an underhanded ruling that clearly violated the bylaws of the association, asserted deposed president Ahmet Faruk Unsal

The new president, Ramazan Beyhan, gutted MAZLUMDER upon arrival, closing sixteen of 25 branches—twelve of them in Turkish Kurdistan—and moved the main office from Ankara to Istanbul

“I want to reboot MAZLUMDER to its factory settings,” he told the mouthpiece of Erdogan administration, Yeni Safak, a daily.

The organization was founded in 1991 by a group of conservative lawyers, journalists, authors, publishers and businessmen to eliminate all forms of oppression.

It initially focused on the right of pious women to wear headscarves at public buildings such as universities.

That right had been snatched away by the busybody founder of Turkey, Mustafa Kemal, or Ataturk.

As the organization grew in members and stature, it also tackled other vexing issues, including the forbidden Kurdish language, the original sin of Ataturk’s republic.

One of its presidents, Omer Faruk Gergerlioglu, boldly declared that his work with the Kurds cured him of his Turkish “smugness.”

As Islamists replaced Kemalists in the Turkish government, I even dreamed of Kurds freely speaking their language and one day filing for an amicable divorce from Turks, enabling our Kurdistan to have a birthday of its own.

That would have been like the happy, peaceful and auspicious separation of Slovaks from Czechs.

It would have also marked the first non-violent parting of two Muslim nations in the history of Islam.

But Erdogan’s cronies at MAZLUMDER refused to make the Islamic world proud—and looked for ways to muzzle those who dared to respect the Kurds as their equals.

Their opportunity came when Kurdish youth insensibly raised barricades in Kurdish urban centers across Turkish Kurdistan and issued an invitation to Turkish military to crush them by force.

As many as 30 town and city centers were turned into “empty moonscapes and vast parking lots,” says the latest United Nations report on the conflict.

In one town, Cizre, a 78-day lockdown was aggravated by the suspension of basic services. Trapped and injured civilians, waving white flags, were murdered, such as Miray and Ramazan Inces.

Their death may be called collateral damage, an accident of war, but the deliberate murder and burning of 189 civilians in three basements constitutes a war crime.

MAZLUMDER, as was its custom, sent its own delegations to ravaged Kurdish towns, consulting survivors and authorities for their first-hand accounts.

For members of MAZLUMDER, who took their cues from Erdogan, the meaning of the wagged finger was clear. They slandered the report as one-sided and urged their colleagues to disown it.

They went even further and said the right of self-determination did not apply to the Kurds, even though Turkey had agreed to it when it was first announced as a UN declaration in 1948.

The Turkish Kurdish war in Turkish-Kurdistan sparked the showdown between bigoted Muslims and pious Muslims inside MAZLUMDER.

When bigoted Muslims won, pious Muslims were left with no choice but to conclude that the tie that bound them the Turkish state was irreparably damaged.

“We fought the Crusaders together,” signifies nothing for the Kurds when their own God-given language is still cruelly shackled by Muslim Turks.

In Turkey, liberal Kurds and liberal Turks have already parted company with the rise of Peoples’ Democracy Party (HDP) in the Kurdish body politic.

HDP’s counterpart in Turkey proper, Republican People’s Party (CHP), cannot offer anything new to Kurds, and hardly gets any votes in Turkish Kurdistan.

With the demise of MAZLUMDER-like organizations, we are witnessing the beginning of the end of the cooperation between Muslim Turks and Muslim Kurds.

Kurds don’t have a conservative party like the Turkish Justice and Development Party (AKP), but if they did, they would vote for it instead of its Turkish version.

To put it in Chinese terms, Turks and Kurds are still sharing the same country, but are having different dreams.

Fear of losing their colonial possession called Kurdistan is keeping the Turks awake at night.

Hope of freeing the lands of our mothers and fathers is causing us the same insomnia in Amed, Hawler, Kobane and even Mahabad.

In the clash of fear and hope, history, in spite of initial setbacks, has always sided with the latter.

This oped has also appeared on Rudaw, a Kurdish daily.