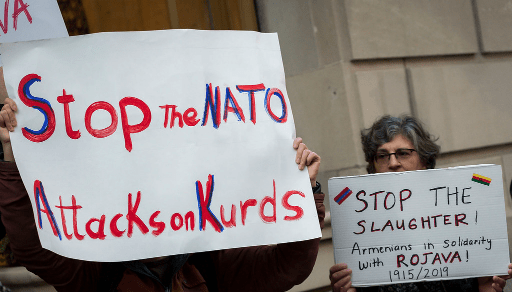 That hearty endorsement ignored the close cooperation that had been formed between the Kurdish-backed Syrian Democratic Forces and the United States that enabled the Global Coalition to defeat ISIS. Why abandon an ally to Turkey-backed jihadi cutthroats that sacrificed 11,000 of its daughters and sons to help heal communities like Orlando, Florida?

One thought on “Why Did Trump Sell Out Kurds?”