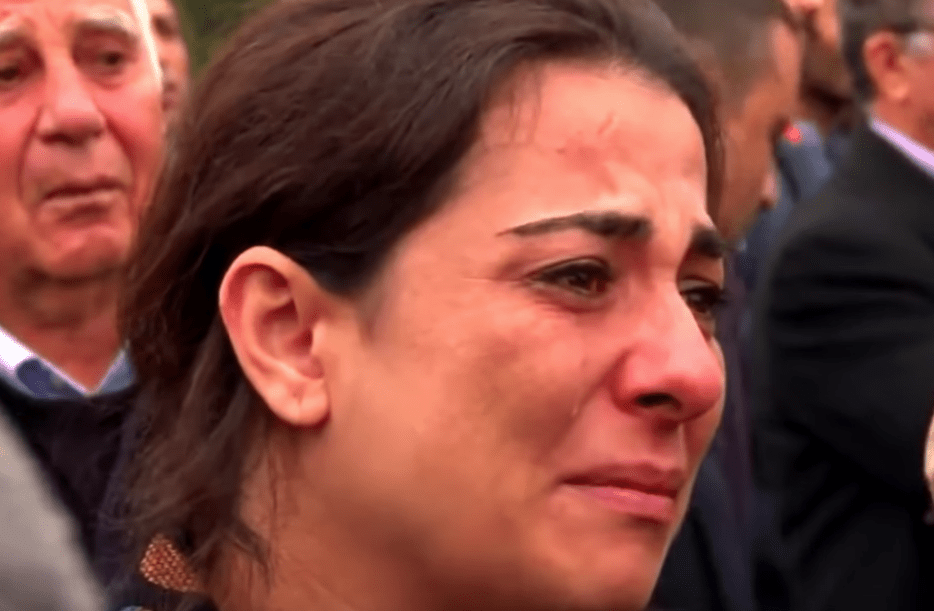 Both men grew up in the same country, Turkey. One was a Turk, the other a Kurd. The Turk wanted to become a journalist. The Kurd hoped to be a lawyer.

Both accomplished their goals, and both lucked out in their choice of wives, marrying their sweethearts who added luster to their lives.

The Turkish journalist grew up in a leftist household and sometimes shouted the fashionable slogan of the week, “Down with American Imperialism!”

The Kurdish lawyer came of age when Kurdish guerrillas battled Turkish oppression, and probably murmured, “Down with Turkish Imperialism!”

The Turkish journalist became a muckraker—so bold that famed Turkish writer Orhan Pamuk hailed him as “a courageous reporter.”

The Kurdish lawyer was equally daring. He used his mind in the courts to skillfully prosecute the Turkish state in Turkey and in Europe for violating the laws of war in Kurdistan.

The Turkish journalist rose rapidly to become editor in chief of Turkey’s oldest newspaper, Cumhuriyet, a staunchly secular daily once considered a mouthpiece of Ataturk.

The Kurdish lawyer rose equally fast, becoming president of Amed (aka Diyarbakir) Bar Association, the highest accolade in the largest organization of Kurdish attorneys in the world.

Then, they found themselves spotlighted for not minding their words.

The Turkish journalist came upon a flash drive exposing Turkey’s conspiracy in delivering illicit weapons to jihadi cutthroats inside Syria. In spite of the risks, he published the news as “Erdogan’s Weapons Revealed!”

The Kurdish lawyer appeared on “Impartial Zone,” a television program on CNN Turk, and during his interview made a passing remark that Amnesty International also employs, “The PKK is not a terrorist organization. It is an armed political group.”

The Turkish journalist found himself threatened by President Erdogan, on national television no less: “The individual who reported this as an exclusive story will pay a heavy price.”

The Kurdish lawyer was subjected to death threats on social media and was arrested six days later. His passport seized, he was closely stalked under supervised release.

The Kurdish lawyer tweeted: “That arrest is the greatest blow to freedom of press and expression. Without a violent social reaction, it will be hard to escape from this dark tunnel of no return.”

The Turkish journalist, stripped of his electronic gadgets, remained in the dark about the solidarity tweet.

The Kurdish lawyer, in spite of his probation, tried to stop a war inside city centers in Turkish-Kurdistan, called a press conference in front of a damaged four-legged minaret, and urged Turkish soldiers and Kurdish guerrillas to fight elsewhere. His noble call for peace was ruthlessly repaid with brutal assassination: a bullet to the brain.

The Turkish journalist indignantly responded: “[The Kurdish lawyer’s] tunnel of no return has dragged him into its own darkness. We were the last victims he’d defended: my colleague, I and the four legged minaret.”

The Kurdish lawyer’s wife got a call from the prime minister of Turkey, promising that her husband’s killer would be identified and prosecuted. Some promise. The murderer is still free.

“Were it left to me to decide whether we should have a government without newspapers or newspapers without a government, I should not hesitate a moment to prefer the latter.”

The Kurdish lawyer’s wife met with Mr. Biden as well, but their conversation has remained private.

Reflecting on her pain, she came to embody Aeschylus’s maxim: “Suffering leads to wisdom.”

She told Irfan Aktan, a Kurdish reporter: “I grew by suffering.” And, “Both Kurds and Turks have a tendency to fetishize death.”

She added: “The Kurds want their demands to be expressed and defended in a way that their safety is not threatened.”

Her choicest words were reserved for Turks: “When a society is at peace with death, that society becomes scary. And when death is glorified, you can no longer speak of a healthy society.”

The Turkish journalist’s appeal from his prison cell finally paid off. A judge ordered him released. After 92 days, he was reunited with his family and colleagues, but his arbitrary prosecution persists.

Here the paths of these two courageous defenders of freedom crossed again:

Just as the Kurdish lawyer was murdered, so an assassin attempted to kill the Turkish journalist. In an act of unrivaled bravery, captured on video, his wife shielded him. He now lives in exile in Germany.

Oh, if you’re wondering who those two brave dissidents were:

The Turkish journalist is Can Dundar. Dilek is the name of his fearless wife.

The Kurdish lawyer was Tahir Elci. Turkan, his wife, has now taken up her husband’s cry of freedom with her beautiful mind.