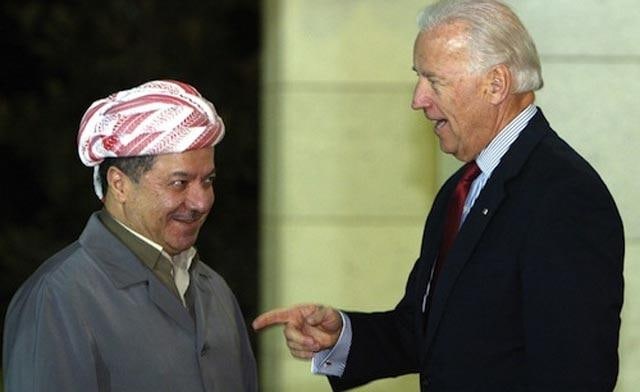 There is a crisis in Iraqi Kurdistan.

And it is spelled Barzani!

But there doesn’t have to be a crisis. It is one that President Masoud Barzani created himself with his hold on prolonged power.

He has generated it by wearing out his welcome—wanting to stay beyond his eight plus two-year term limit—in effect remain president for another two years and maybe even more.

That is not good.

America’s first president, George Washington, recognized that. He knew that with his enormous popularity—a national hero after winning the Revolutionary War—he could be elected president for life.

But he also knew that that would not be good for the country. Americans would be simply substituting one George (Washington) for another George (III).

The Kurdish experiment in self-rule began well in 2005, when our patriots managed to establish a representative government—a first in the region—and got the majority Arab population of Iraq to honor it through a constitution.

There were actually two victories: Jalal Talabani, a sort of Kurdish Obama, became president of Arabs in Baghdad, while Kurds in Kurdistan elected Masoud Barzani, our first head of state, in Hawler, the regional capital.

Mr. Talabani has since retired, citing poor health and old age, but Mr. Barzani continues to cling to power, claiming dire war conditions and his popularity as his ticket for two more years in office.

The majority of Kurdish deputies in the Kurdistan Parliament don’t share his point of view.

It is true that the monstrous Islamic State would like to gobble up Kurdistan—but is that sufficient reason to bypass the newly established term limits?

The first president may have good intentions—but what if the next one who bends the rules is a tyrant? What can stop him, short of death?

I recently asked a Kurdish friend—who is well versed in Kurdish politics of southern Kurdistan—who could possibly prevail over Mr. Barzani in this grave constitutional crisis facing the Kurds?

I know Vice President Biden better than Mr. Barzani, and feel he would prefer that Mr. Barzani let the institutions of Kurdistan, such as its parliament, to do its work freely, without outside interference.

If I could prevail upon Mr. Biden to write Mr. Barzani, this is what I would urge him to say:

I write as a friend of Kurdistan, and as your friend.

I make the distinction because, to paraphrase the poet Homer, Kurdistan and America are like two trees, and you and I are their respective leaves.

In the Middle East some leaders equate themselves with the state. Like King Louis XIV of France they say, “L’etat c’est moi,” which translates to, I am the state!

But a person is not a state just as a leaf is not a tree. The tree is the state. The leaves should be grateful to the tree, and humans should learn from their example.

Nature makes leaves fall off trees at regular intervals—just as leaders should step down at fixed times.

History teaches us that successful societies have followed this path, and the unsuccessful ones have fallen hostage to the whims of their shortsighted leaders.

Power, as you and I both know, can be quite tempting. In fact, my countryman Henry Kissinger once called it the ultimate aphrodisiac!

But since Henry treacherously betrayed the Kurds, I should not dangle him as an example of probity in the current crisis facing the Kurds and Kurdistan.

I should instead be blunt, as friends should be with one another, and urge you not to extend your term in office for another two years. Eight plus two years is enough. That is two years more than our constitution allows our presidents to be in office.

Remember, we are not the indispensible ones; our countries are!

Take note of what Mr. Obama said in Ethiopia last July: “Africa’s democratic progress is at risk when its leaders refuse to step aside when their terms end.”

Don’t you put the democratic progress in Kurdistan at risk, Mr. Barzani.

President Obama went on to note that he was in his second term, and would love to run again: “But under our Constitution, I cannot run again. No one is above the law. Not even the president.”

I will add this: Go to the valley of Barzan, your ancestral land, and grow watermelons! You told me you love outdoors; the farm work will invigorate your old age!

Retirement will also give you time to write your memoirs about the unique foxholes of Kurdish politics.

Only you can do proper justice to your fearless, fifty-year fight for freedom in your beloved mountains of Kurdistan.

I pray its last chapter will include a selfless act, a voluntary resignation from your current post, which will warm the hearts of all democrats all over the world and make my country proud of protecting Kurdistan and investing in you.

And now, the good news will trigger a celebration of democracy in Kurdistan and make my likes murmur, 4,486 U.S. soldiers did not die in vain.

The original of this oped first appeared on NRT’s website.