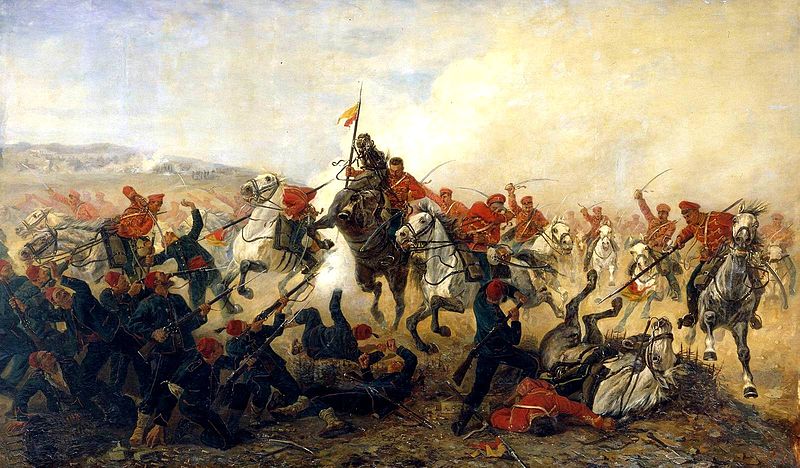 Sofia, Bulgaria is not a popular destination for travelling Kurds, but if you find yourself in the Bulgarian capital, make sure you visit the monument of Vasil Levski outside the National Cultural Center.

Greeting you will be the words of the selfless and fearless Bulgarian patriot in large block letters: “If I succeed, I shall succeed for the whole nation: if I fail, then I alone shall die.”

Levski’s monument stands on the hallowed ground where he was hanged on February 18, 1873. For Ottomans Turks, he was a “traitor” for wanting to liberate Bulgaria from their yoke.

Not content with killing him, they also hid his burial place from Bulgarians. They didn’t want to be associated with a shrine of liberty as bad guys.

“Spilt blood doesn’t sleep,” noted our Great Saladin once. Levski became a legend as young Bulgarians flocked to his memory and embraced his pursuit of freedom as their own.

They were also propelled by powerful ideas of Enlightenment, and spurred on by the French Revolution’s thirst for freedom.

Bulgarians took note when Lord Palmerston observed, “Opinions are stronger than armies.” They did the same when Victor Hugo declared: “Nothing is more powerful than an idea whose time has come.”

Turks, on the other hand, had mixed feelings about these ideas and ideals, but desperately wanted the military hardware of European nations. They failed to appreciate Edward Gibbon’s belief that science was a child of freedom.

Towns across Bulgaria competed with one another to send their youngsters to Paris, Vienna, Berlin, St Petersburg and London to do the biddings of freedom and science on their own nickel.

How many Kurds from Soran are educated at Oxford or Humboldt or Stanford or Sorbonne at the expense of local Kurds? How many from Acre? How many from Mahabad? And how many from Cizîra Botan?

As subjects, the Bulgarians bore the merciless indignities of subjugation that have been painstakingly chronicled by the likes of Homer, Thucydides, Tacitus and Fanon.

The patriots who dared defy the domineering Turks were stripped of their lives and property. Those who submitted without a fight were forced to pay a higher tax than their (new) Muslim neighbors.

They suffered other scornful restrictions: Muslims could carry guns, but not Christians. If a Muslim came across a horse riding Christian, the latter had to dismount, since a Christian could not be higher than a Muslim.

Muslims and Christians had their own separate courts. But if a conflict arose between the two, Christians were forced to submit to Sharia law, because Muslim law was considered superior to the Christian law.

Muslims could proselyte, but Christians could not. Many Bulgarians converted to the religion of Turks, and helped shackle their kith and kin.

But what the Christian Bulgarians dreaded most was the human tax.

Although in disuse when Levski came of age, he grew up with tales of relatives—boys between the ages of seven and fourteen, known for their physical and mental health—that had been periodically seized to become Janissaries, Muslim soldiers for life, in the crack units of Ottoman sultans.

Levski wanted to end these indignities. He could accept Turks as neighbors, but not as masters. British Prime Minister Gladstone spoke for him, when, after his death, he said: Bulgarians want the “extinction of the Turkish executive power in Bulgaria.”

He didn’t live to see it, but the uprising he had planned meticulously came three years later on April 20, 1876. Turks, alas, caught wind of it and brutally crushed it.

That bloody act came to be known as “Bulgarian Horrors” in Great Britain. European intellectuals such as Charles Darwin, Oscar Wilde, Victor Hugo and Guiseppe Garibaldi strongly condemned it.

But what eventually freed the Bulgarians was the spilled blood of Russian soldiers. Tsar Alexander II was incensed that the “sick man of Europe” was still callously shedding Christian blood like water.

With European public opinion on his side, he declared war on Ottoman Empire and in the words of British historian A.J.P. Taylor came very close to destroying the Turkish state in Europe and Anatolia.

Sultan Abdul Hamid II had to bribe Great Britain with Cyprus and Austro-Hungarian Empire with Bosnia Herzegovina to hold onto dear life in Anatolia and a truncated autonomous Bulgaria in Europe.

The Ottoman Empire was kept alive not because European powers felt sorry for it, but because they thought Russians in charge of Istanbul would not serve their interests as well as the Turks would.

The British, the saviors of Ottoman Empire at the Congress of Berlin in 1878, didn’t think Turks owed them gratitude.

Lord Salisbury, Foreign Secretary, summed it up best in a letter to his Ambassador in Istanbul: “In the long run influence belongs to those who have shown they can hurt most.”

Kurds, who are begging their foes for “lasting peace,” would do well to take note.

The original of this op-ed first appeared on rudaw.net.