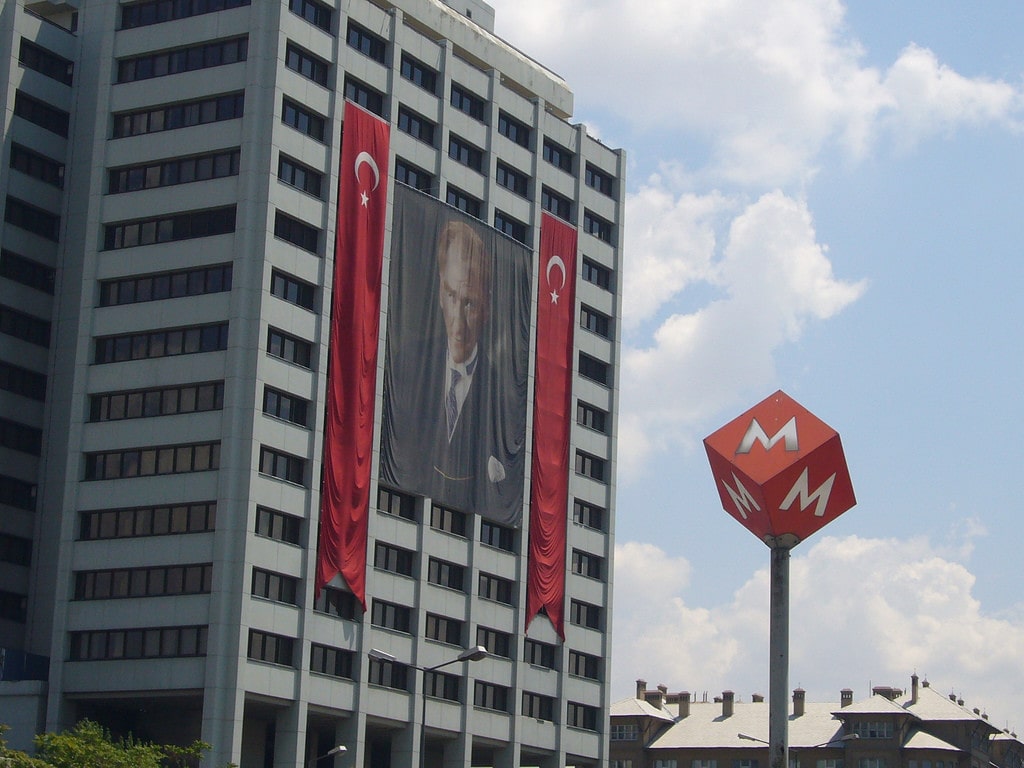 Summer is upon us and if you are looking for a good book to read make sure it is Ataturk by Lord Kinross.

Although old, it is refreshingly “new,” that is, if you subscribe to the human events as cyclical in nature or as a French proverb puts it, “The more things change, the more they stay the same.”

Here is one nugget from the book that speaks of Turkey’s earliest days as a republic but you would think it was plucked out of a recent report by a Rudaw writer.

A French journalist visits Ankara, talks to Ataturk and is given free access to the Turkish parliament to comment on its westward orientation.

He writes, “Turkey is governed by one drunkard, one deaf man, and three hundred deaf-mutes.”

The “drunkard” is Ataturk, the “deaf” is his heir-apparent Ismet Inonu, and the “deaf-mutes” are the hopeless and clueless parliamentarians.

The Turkish parliamentarians have another claim to their fame: they put up with a speech of Ataturk that lasts thirty-six hours—without a reported muttering!

After Ataturk’s death, Turkey has had mediocre presidents, and the “deaf-mutes” have been freed from their drudgery of acting like inept errand boys.

Until now, that is.

The man who now occupies Ataturk’s chair has grand aspirations one of which is to become the second founder of Turkey hence his need for a new band of “deaf-mutes”.

But the Kurds, to his chagrin, aren’t following his script.

Ataturk would have simply hanged them from the nearest tree, as he once bragged about doing so, with 60 Kurds, but Erdogan, mindful of his “image,” wants to “lawfully” lynch them!

On January 6, he issued a blunt ultimatum to Kurdish deputies while speaking to an auditorium full of village mukhtars:

“It’s imperative for parliament and the judiciary to take action against lawmakers who behave like members of a terrorist organization.”

His fawning toads came up with a bill to change Article 83 of the Turkish constitution, which grants representatives immunity while in office.

When it actually happened, 367 Turkish parliamentarians lined up to strip the immunity of 138 of their colleagues.

The wayward politicians were accused of committing 667 crimes, but 405 of these charges were leveled against 53 members of pro-Kurdish party, Peoples’ Democratic Party (HDP).

The measure is now going through the ratification process to become law.

No one is expecting the Turkish president to say, “I was just kidding,” and the Kurdish deputies have vowed to boycott the Turkish courts that grovel at Erdogan’s feet.

Ataturk’s courts simply acted as notaries for his whims. Erdogan is craving for the same privileges for himself.

The Turkish president, to his credit—initially at least, didn’t resort to arms; he took to the city squares and came to power through the ballot box.

The Kurds are a minority in Turkey and have built bridges with the leftist and progressive forces among the Turks.

Their combined numbers have not matched the juggernaut assembled around Mr. Erdogan.

So the numbers alone will not deliver us peace or freedom within the Turkish body politic.

That doesn’t mean we should close shop and retire from participation in the government.

The past plight of another minority, black Americans, can perhaps guide us.

“In our generation, white children will be marched into gas chambers by dark skinned masses, clutching their little toys to their breasts in Auschwitz fashion.”

He was of course referring to Jim Crow laws that, unless discarded, were capable of turning black Americans into Nazi thugs.

But America nurtured an apostle of non-violence in its bosom, and Dr. King upstaged the violence-prone Malcolm X, to put things on the right path just before his death.

One thing is abundantly clear: the Kurdish parliamentarians can’t do politics in Turkey because they operate under the shadow of Turkish guns, not to mention the Kurdish ones.

Turkish guns can be neutralized with nonviolent resistance, but the Kurdish ones in Turkey should be silenced as well, that is, if we are serious about the prospects of peace with our Turkish neighbors.

War takes at least two sides to be waged; so does peace. Kurds should simply deny Erdogan his war of choice to consolidate his power grab in Ankara.

One Kurd who can stop this war is Abdullah Ocalan, not because he has the potential to become Dr. King, but because his fighters don’t have a habit of second guessing him.

Erdogan knows this and refuses to let him communicate with his followers.

We should surmise this ourselves and deny Mr. Erdogan his voluntary war even if we can’t block him from becoming the absolute ruler of the Turks.

We outlasted Ataturk with our staying power; we can do the same with Erdogan.

The alternative is to give a helping hand to the Turkish army to desolate the Kurdish lands and expel its inhabitants to the four corners of the world.

No Kurdish name should ever be associated with the expulsion of Kurds from Kurdistan.

This oped originally appeared in Rudaw.