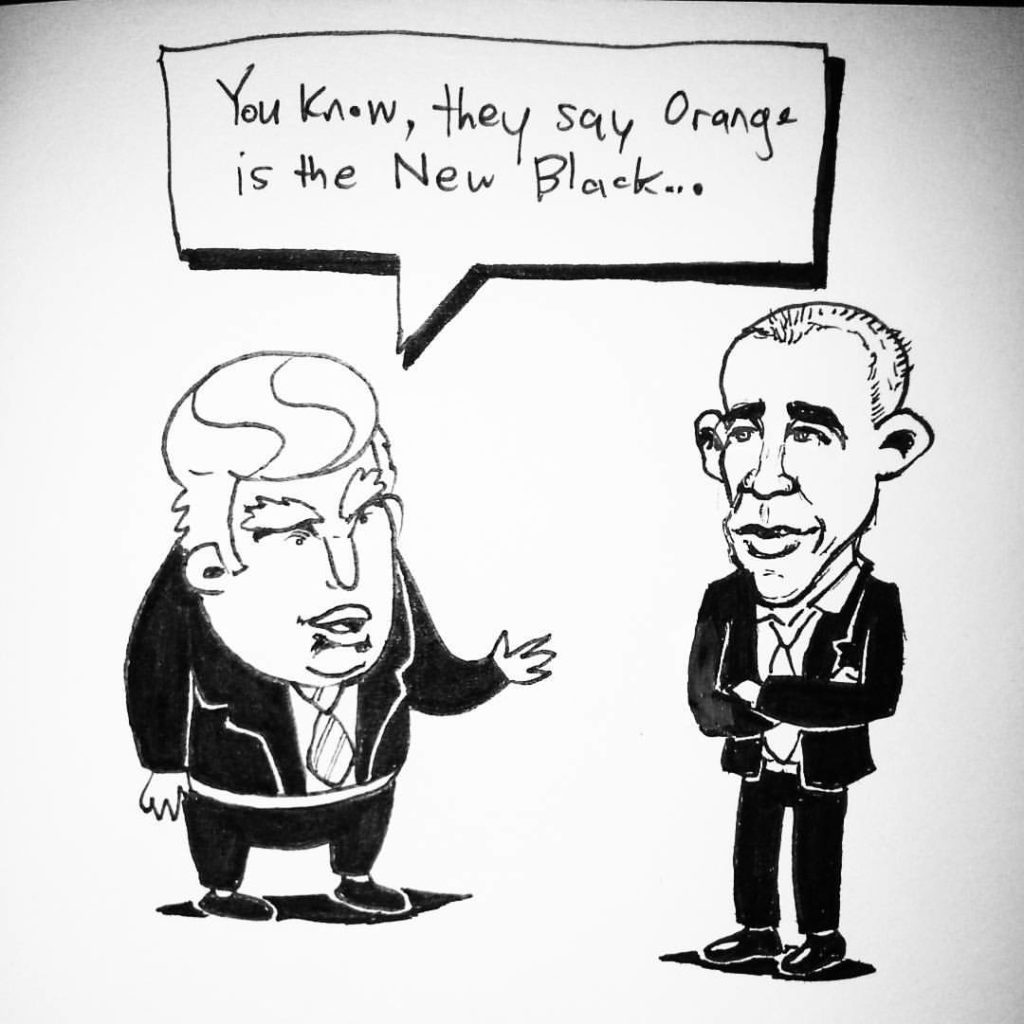 You and the Kurds have a common foe.

In Washington lingo, that is enough for both of us to become friends, and fast ones at that, immediately.

We should consider it and consider this: a modest Kurdish proposal.

They don’t have a phone number or an address per se, but they are loud, and loudly they said: you, Donald J. Trump, are unworthy of the Oval Office.

They also don’t like us, the Kurds, and think we are unworthy of a state—of our own.

With the help of ordinary Americans, you got yourself elected to the White House in spite of the self appointed Brahmins of Massachusetts Avenue.

You can, with the help of ordinary Kurds, deal them another blow by openly siding with the Kurdish struggle for freedom.

These establishment types come from places like Boston, New York, Chicago and Los Angeles, but speak as if they own Amed, Hewler, Mahabad and Kobane.

Addressing the ones that gave America its Vietnam War, Speaker Sam Rayburn of the House poignantly noted, “I would feel a whole lot better about them if just one of them had run for sheriff once.”

Chances are, they wouldn’t run for it, but abroad, they have this bizarre habit of adjusting themselves to the stinking prejudices of their diplomatic postings.

For example, if Arabs don’t like Kurds, and think they should simply be gassed like the Jews were, members of the foreign-policy establishment have the audacity to explain it away as a standard operating principle of statecraft.

Such statecraft should be thrown into the waters of Potomac River root and branch and the world is waiting to see if you will actually do it.

Now that I have shared with you my take on foreign-policy establishment, allow me to also acquaint you with the Kurds and how they see you and the world from their battlefields and mountains.

I will start with the news that surfaced during your campaign, but churned up the Kurdish body politics as if it were hit by a powerful earthquake.

Please, President-elect Trump, never make light of the gassing of the Kurds as you did in Hilton Head, South Carolina.

I know the Islamic State cutthroats were the subtext of your remarks, but the Butcher of Baghdad actually gassed ordinary Kurds, including women and children.

And he used not “a little gas,” but a lot of it, courtesy of Occidental powers, for thousands of Kurds who inhaled it dropped dead, and many more, who were in the vicinity of the affected areas, went crazy.

And the ones that expired right away, now we know, were the lucky ones; the survivors have become the objects of curiosity, like the animals of the zoo, for visiting journalists, doctors and travellers alike.

One other tidbit about the survivors: because of their altered DNAs, they can’t procreate or if they do, give birth to babies with massive congenital abnormalities.

History, President-Elect Trump, has become the mandatory subject for our people; we are determined never to be its piteous subjects again.

Now that you are a part of it, you surprised us by saying, “We do have some great fighters with the Kurds and they know what they are doing.”

You went on, “But they don’t have the equipment. We are giving our equipment to people that run, every time a bullet gets fired.”

You were too busy to notice it, but that tiny acknowledgement gladdened the heart of every patriotic Kurd and every friend of humanity besides.

Churchill was doing the same when he praised the Yugoslav partisans who were degrading the NAZI war machine—in places like Slovenia, the homeland of your wife.

You have also said plenty about obliterating the tormentors of Yezidi Kurds.

We are willing to help you do it, but please note: not as mercenaries.

We have a need: a place of our own under the sun.

Syria and Iraq are artificial constructs, as are Turkey and Iran.

The four countries act as colonial masters of 40 million Kurds.

Give us the tools, and we will chase the cutthroats of Islamic State into the flames of hell itself—72 virgins and all.

Help us free Kurdistan, and we may witness the meltdown of foreign-policy establishment as well.

Together, you and the Kurds can fulfill the splendid sentiment expressed so eloquently by novelist Charles Dickens:

“No one is useless in this world who lightens the burdens of another.”

We can each lighten the other’s burdens.

Good luck to you, Mr. President-Elect, as you tackle thorny problems affecting the lives of millions around the world.

The op-ed has also appeared on rudaw.net