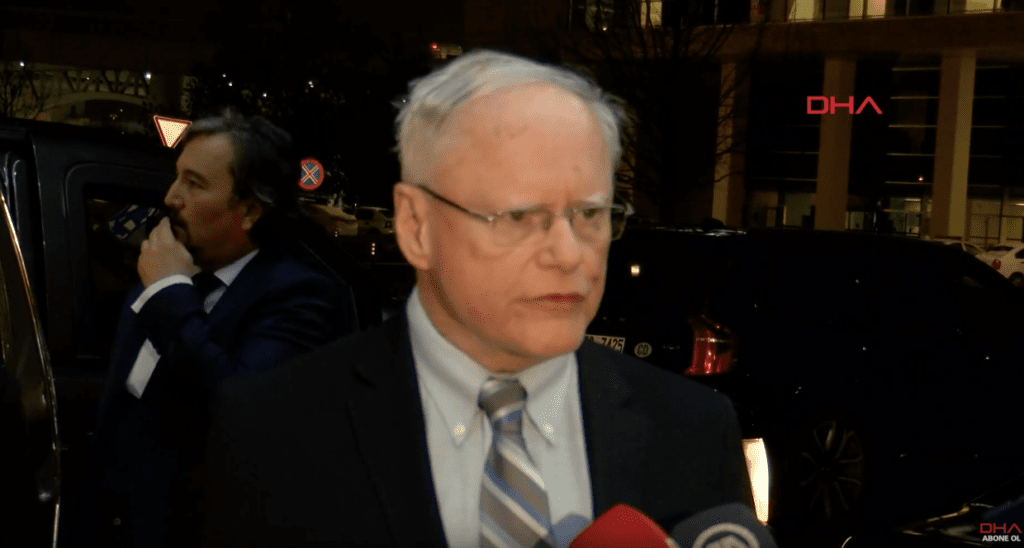 If you glance at the English newspapers on any given day, you will hardly come across the word martyr. If you do the same with the Turkish ones, the word will leap out at you and sometimes in bold letters.

Turkish soldiers are dying in Syria, Libya and Kurdistan. Turkish media is hailing them as martyrs.

In the English-speaking world, people who die for their beliefs are called martyrs. In the Turkish one, the title is overused and has lost its original meaning. Can conscripted soldiers who die for Erdogan’s imperial outreach, for example, be classified as martyrs?

The Turkish designation comes from the top, as if it were a command from Mount Sinai, and no one is allowed to second guess it. When the fighting is against the Christians, it “feels” alright to subscribe to it.

But when the slaughtering is done against fellow Muslims, the word, “martyr,” becomes tricky.

Up until now, that is.

Without so much as shouting abracadabra or waving a magic wand, the sticky issue was resolved in Ankara, Turkey, last month by American diplomat James Jeffrey, who once fought in Vietnam for America, but now serves Uncle Sam with the title of Special Envoy for the Global Coalition Against ISIS.

With the “miracle” of Ankara under his belt, I can already think of a better job for him: Grand Mufti of Idlib!

It would be a fitting entitlement for the aging native of Saugus, Massachusetts, whose hometown was colonized with the austere puritans of England. Idlib now hosts the grim fanatics of Muslim world who once openly branded themselves al-Qaeda. Ankara has decided to protect them. Ambassador Jeffrey, wittingly or unwittingly, backs the unholy fiasco.

The signs had been there all along. Once he was asked if America felt obliged to support General Mazloum, the legendary Kurdish commander, who combatted and defeated the ISIS menace with 70,000 of his crack units. “The U.S. is not in the business of supporting individuals per se,” he said, adding that America’s relations with Kurds have always been “temporary, tactical and transactional.”

All three of those words reek with the foul-smelling self-centeredness. They translate to spitting on a hand that gave you aid. A note to Americans: it was Edmund Burke who, when Americans, like Kurds, struggled for their freedom, noted, “A great empire and little minds go ill together.” He had his country, Great Britain, in mind. Today, he would have replaced it with yours.

(Fellow Kurds: Ambassador Jeffrey’s three “Ts” are better than coffee in the morning or whisky at night. We erred when we allowed 10,000 of our fighters die for the peace of Orlando, Florida. Humanity is sick. We need to do better to protect our children.)

A number of Turkish soldiers had been killed in Syria. Turkish journalists, dutifully acting as spokespersons for their government, wanted to know if he had anything to say about them.

He walked solemnly to the cameras, screwed on his best serious face, and emphatically declared, in halting Turkish:

“We have martyrs in the field. My condolences to you.”

As my American friends might have said: boy-oh-boy or hot-diggity-dog! Translation: feel free to jump up and down with joy!

Like a magician miraculously pulling a rabbit out of a hat, Mr. Jeffrey yanks spotless Turkish martyrs out of a bloody war bonnet.

We now have it from the high authority, an American Grand Mufti wannabe, that Turkish soldiers are “martyrs” and their Muslim opponents are going to burn in hell—without so much as a howdy-do from Satan.

But, if you don’t mind, a few valid questions:

Does that mean the Turkish soldiers are also “martyrs” of the United States? Will they be nominated for Congressional Medal of Honor? Do their bereaving widows qualify for American pensions? And what does President Trump think of all this?

Sir Henry Wotton, himself a diplomat, was blunter: “An ambassador is an honest gentleman sent to lie abroad for the good of his country.”

Maybe Ambassador Jeffrey was indeed fooling the Turks, lying through his teeth. Turks, who speak for their country, love the guy and, so far, don’t suspect anything.

How about the Kurds?

I would, tongue in cheek, add Americans to that list. Ambassador Jeffrey’s history seconds my proposition. He was an early Never Trumper, joining 49 other American diplomats and civil servants fervently scheming to derail the 2016 presidential candidacy of Republican nominee. He did more: he took to the airwaves and emphatically defended his position, urging Mr. Trump, just in case he was watching, to “resign” from the ticket.

This same “Turcophile” is now representing President Trump in the Middle East. Since his “Turkish-soldiers-are-martyrs-material” declaration, he has urged the United States government to provide Turkey with the US Patriot missile defense system. The Pentagon has rejected his suggestion so far, but he is urging President Trump to arm Turkey to prevail against Russia in Idlib.

Idlib, populated by Arabs, is inside Syria. It is controlled by Hayat Tahrir al-Sham (HTS). Russians, Americans and even Turks (with a hoodwink) call it a terrorist organization. Two years ago, Turkey promised Russia it would disarm the group and contribute to the peace and unity of Syria. Two years later, Russia and Syria are still waiting.

How many Turkish “martyrs” might it take to change that condition?

Today, Ankara is protecting the jihadi group and would, if it could, annex the province as well. But it needs American weapons to do the job and European money to keep the sinking area afloat.

Turks have a name for this scheme: peasant cunning. It brings to mind Otto von Bismarck’s telling words about Italy of his days. Rome, the German chancellor noted, “has a large appetite,” and added, I suspect with a smile, “rotten teeth.”

The Turkish teeth are no different. Someone needs to whisper into the ear of Erdogan that the age of imperialism is over. He fools no one, only his soldiers and his public, when he cloaks the occupation of Afrin as an anti-imperialist struggle.

As to the West, it has, alas, lost its compass in the Middle East. Its cavalier attitude toward the region is the primary reason for it. The Arab Spring, the Kurdish awakening are attempts to transform the place for the good—just as American Revolution was a forward step in the history of humanity. Far sighted Americans know this. Ambassador Jeffrey is, alas, not one of them.

Perhaps President Trump will fire him, as is his habit with his top aides—and let Turks appoint him the Grand Mufti of Idlib!

Now that will be a must-see moment; the whole world will hold its breath to watch it—and laugh too!