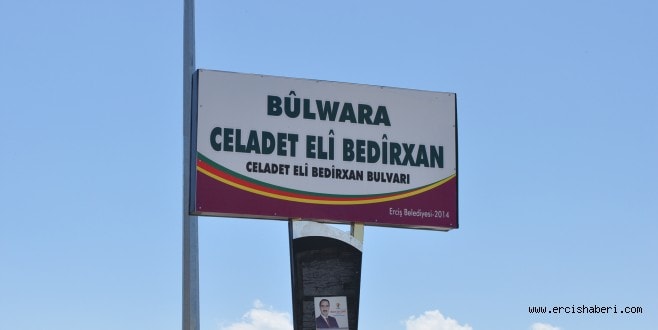 “He that once enters at a tyrant’s door
becomes a slave, though he were free before.”
Sophocles

To be sure, Jeladet Ali Bedir Xan (hereafter Jeladet) was not the one who entered the tyrant’s door. His grandfather Mir Bedir Xan did in 1847. He was the hereditary ruler of Botan, a major principality in Kurdistan, tracing its origins, depending on the audience, back to Saladin, the legendary Kurdish general of Crusaders’ fame, or Khalid ibn al-Walid, also a general, but one who had served a warrior prophet, Muhammad. In 1566, the principality came under the Ottoman rule (some scholars give an earlier date). But the preoccupation of Ottomans, at the time, remained the conquest of Europe. The Kurdish principality, though officially part of Ottoman Empire, enjoyed a degree of self-rule that was not experienced elsewhere.

By the time Jeladet’s grandfather, Mir Bedir Xan, became the ruler of Botan, in 1835, the Ottomans had become a defensive force in world politics. Not only the Christian subjects of sultans, but the Muslim ones as well, were taking up arms against their former rulers. Greeks followed the example of Serbs and raised the flag of rebellion in 1821. The Egyptians led by Muhammad Ali, an Albanian by birth, followed suit. The children of Socrates became free, with the help of Europeans, in 1832. Those of Pharaohs, whose soldiers were trained by French officers, came close to toppling the empire itself, but were checked with the help of Russians.