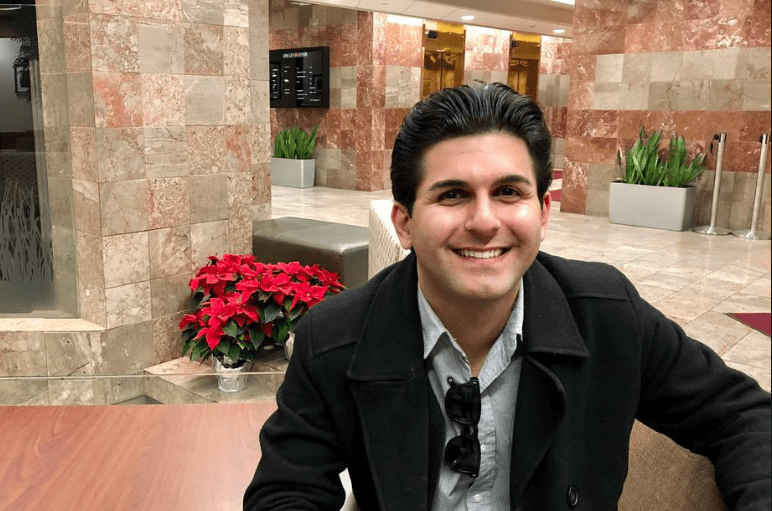 When International Mathematical Union awarded its 2018 Fields Medal (the Nobel Prize for Mathematicians) to one of our own, Chaucer Birkar, we were all elated.

Our joy was doubled when Mr. Birkar proclaimed, “I’m hoping this news will put a smile on the faces of 40 million people.”

It also briefly spotlighted Kurds on the map, even though our homeland, Kurdistan, enjoys no such official status.

President Masoud Barzani spoke for all of us: “I am one of the 40 million [Kurds] and very proud of you.”

It may be hard to duplicate that singular achievement, but Kurds are not resting on their laurels: one of us recently revealed another remarkable accomplishment.

He is Hawreh Haddadi, author of the book, Finding Kurdistan: A Kurdish Iranian American’s Journey Home.

It is a tribute to his father, a Peshmerga freedom fighter, and a celebration of Hawreh’s life as Euripides envisioned it 2,400 years ago:

“For it is the brightest fame of children, when they have a father who was good, if they can match the character that gave them birth.”

Hawreh Haddadi matches that fearless character, and has given us a book worthy of his Peshmerga father, typifying the old American expression: “He’s a chip off the old block.”

Like Mr. Birkar, the father and son hail from eastern Kurdistan—western Iran.

The senior Haddadi’s tale has Made in Kurdistan stamp on it; the junior’s Made in America. In the book, the two tales are masterfully interwoven by the precocious son, Hawreh.

We meet him as a high school freshman in southern Maine. Raised bilingual, he is a budding American at school, and at home the son of a warrior—a tremendous source of pride in the family.

Near the end of Hawreh’s first year in high school, his mom surprises him and his siblings with splendid news: the family will be visiting Kurdistan for the summer—but without the Peshmerga.

That triggers turmoil. The children want their father to go, which unpacks his revolutionary struggle in the mountains of Kurdistan. It becomes clear that Iran isn’t safe for dissidents.

It is too early to know if it is safe for the rest of them as they fly into Tehran then drive to eastern Kurdistan in the summer of 2010, before the birth of the Arab Spring and its illegitimate child, ISIS.

Eight years later, his beautiful book emerges, full of keen observations for the burgeoning Kurdish population coming of age in and outside of Kurdistan.

One day, an uncle tells Hawreh, “You are young and Kurdish. That’s as rebellious as you can get” in Iran.

He doesn’t say it, but the same goes for Turkey, Syria and Iraq.

As junior Haddadi reminisces about his life as an American, a Kurd and an “Iranian,” he reveals some fine nuggets, as well as some unnecessary baggage better left behind.

Junior Haddadi is a Kurd, period. He can also be Persian and American of course, but Iran is fighting to eradicate the identity of our ancestors. For that reason alone, I wouldn’t call myself an “Iranian.”

But that small wart is dwarfed by gems like his father telling him, “If you fall down, just get back up again. The power of determination is in the mind, not your fist.”

That’s pure wisdom—and beautifully applies to the age-old Kurdish struggle for independence. It is high time we assess the place of mind and fist in our grand struggle for freedom, and err on the side of the mind.

His book discusses trips to various relatives in eastern Kurdistan. One day, the junior Haddadi chats with a talkative driver full of questions about America.

One of them surprises him: “Can you really insult the president in America?”

“Well, of course you can!” he tells the driver, who is incredulous:

That exchange is worth remembering.

In democracies, scrutiny of elected officials is habitual. Parodies are routine. If Kurds are serious about their democratic aspirations, they need to be tolerant of those who make fun of their leaders.

The lack of tolerance to parody and dissent almost ruins the trip of the Haddadi family to eastern Kurdistan. They are arrested on the way to Sardasht and ruthlessly interrogated for two uneasy days.

Persian authorities are obsessed with their father, the warrior Peshmerga. This propels the son on a quest to understand the old man’s thwarted dream of emancipating a people and liberating a homeland.

In the end, the mind devours the fist. His wholesome book parades the nutritious fruit of our future liberty. It spawns a bright new star in the Kurdish firmament of freedom.

When that joyous day comes, Kurds will find fresh meaning in the celebrated words of the prophet Job, who suffered unspeakable heartbreaks 3,500 years ago before ultimately enjoying infinite blessings:

“When the morning stars sang together, and all the children of God shouted for joy.” Job 38:7

This op-ed first appeared on rudaw.net, a Kurdish website.