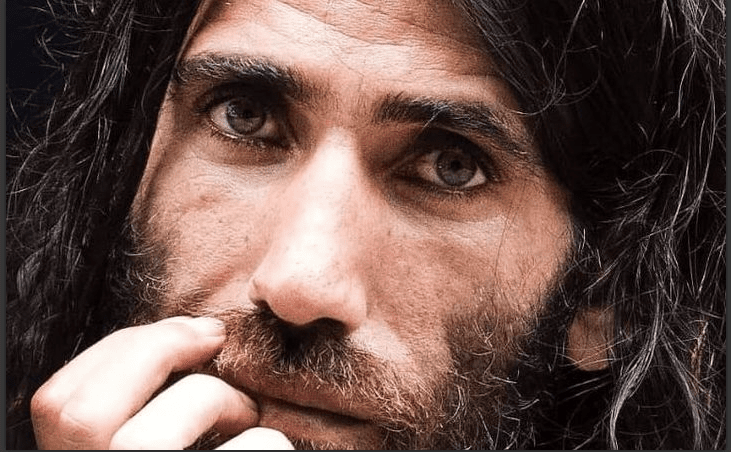 To be fair to him, this was not what Behrouz Boochani wanted to do when he was growing up in Kurdistan, Iran.

But that is pretty much what he is doing right now imprisoned as he is on Manus Island—about 2,000 miles away from the land of his ambitious preoccupation.

Long before that, Boochani was a shepherd in Kurdistan. In 2018, he qualified his former status by telling a visiting photographer: “I am a shepherd who reads Foucault.”

Not to be redundant, he was also a child of war quoting his mother, his first teacher, as an authority on the subject:

“My boy you came into this world in a time of we call flee and flight years.”

The flight was in the direction of Kurdish mountains where Kurds like Boochani’s family fled to escape the constant bombardment by warplanes.

It happened when a dictator, the butcher of Baghdad, decided to attack Iran because he could.

The Kurds, as is often the case in the Middle Eastern conflicts that border Kurdistan, became the casualties of war.

That particular war lasted eight years, consumed one million lives, and ended in 1988.

Boochani grew into his teens in the 90s and sometimes heard the call of freedom to become a Peshmerga freedom fighter, an armed partisan of Kurdistan Democratic Party of Iran (KDPI).

But whenever he made it to the Kurdish mountains—to exchange his young pen for an old gun, he found himself drawn to the idea of “non-violent resistance” in the cities, he writes.

In the Kurdish and Persian cities, in the company of professors and books, he completed his education and became a Kurdish journalist.

What could a Kurdish journalist possibly do in a country ruled by Ayatollahs who piously profess to know God’s design for the Kurds?

He challenged them by joining a group of Kurdish activists and published a Kurdish magazine, Werya.

The periodical explored the frontiers of freedom and liberty.

But the Islam Boochani encountered is not about the frontiers of freedom—only complete submission to the imperialism of its clerics.

So the police force of the clerics raided the offices of the periodical and arrested its employees.

As luck would have it, Boochani was not there and went into hiding.

Three months later, on May 23, 2013, he left Iran to continue freedom’s work in Australia.

A Kurd with an Iranian passport, he was unable to secure a visa.

In Indonesia, he boarded the dingy boat of a smuggler to reach the shelter of liberty.

He never made it; the boat capsized stranding all 65 of its passengers.

An Indonesian fishing boat rescued 40 of them including Boochani.

Indonesian law requires that rescued refugees be handed over to the police. Boochani was thus imprisoned and faced deportation to the country of his birth.

Before that could happen, he escaped through the roof of his makeshift jail and made another attempt to reach Australia.

This time the boat’s engine failed and got lost on the Indian Ocean.

Seven days later, on July 23, 2013—his 30th birthday, a British cargo ship chanced upon it and took its famished passengers aboard.

Because they were in Australian territorial waters, they were handed to the Australian navy and taken to the nearest landmass, Christmas Island.

Unbeknown to Boochani, four days earlier, the Australian government had closed its maritime borders to the refugees who arrived on boats.

To deter others from emulating Boochani, the asylum seekers were imprisoned on the islands of Christmas, Manus and Nauru.

As you try to wrap your mind around the imprisonment of an innocent man for six years and still counting, several questions are in order in the matter of Boochani vs. Australia.

Boochani is a Kurdish dissident and Australia has imprisoned him. Isn’t this doing Iran a favor? Does it not bother Australia to be lumped together with Iran?

Australia, a signatory to the 1951 Refugee Convention, still accepts refugees flying into one of its international airports. Why discriminate against the boat people?

Boochani is imprisoned on Manus Island, a part of Papua New Guinea (PNG). Why is Canberra dumping arrested refugees on the poorer countries of the region like PNG and Nauru?

The number of prisoners on these islands has varied over the years. At one time, they numbered 3,435. Boochani’s living quarters on Manus Island initially had 140 bunk beds. They accommodated 280 restless men.

President Obama agreed to take in 1,250 of them, but President Trump cancelled the program. He changed his mind, but then excluded those like Boochani from coming to America because they were from Muslim countries.

A question for President Trump: You have initiated sanctions on Iran. How can you bring about change in Tehran without talking to its dissidents? Why are you keeping Boochani at arm’s length?

Boochani says Australia is holding him as a hostage. Immigration Minister Peter Dutton of the previous Turnbull government smugly claimed the refugees were doing fine, and provided with “personal butlers and cleaning maids.”

A question for Minister Dutton or his replacement: The scripture says, “Man shall not live by bread alone.” Boochani cheated the angel of death twice not to savor “butlers” or “maids” but freedom. Would the minister care to live like a Kurdish journalist in Iran for a day?

Twelve people have died in these prisons. Two were Kurds. One, Reza Barati, was a friend of Boochani. He was killed during a protest appealing for the right of due process.

Boochani didn’t see how his friend was murdered, but heard someone painfully cry out the Kurdish word, Dalega (Mother).

His mother, alas, was too far to rush to the aid of her dying son, but Boochani honored the heartbreaking moment in a later poem:

“When a son calls for his mother,” he elaborated, “a significant existential moment has transpired.”

Barati became a martyr on the noble altar of freedom, not on his beloved Kurdish mountains, but on misery-laden Manus Island.

Boochani wanted to be a soldier of “non-violent resistance” in Iran for Kurdistan, but fate decreed that he become witness to human rights violations in a grim Australian prison.

For three years, he was cooped up like a chicken. In 2016, the Supreme Court of Papua New Guinea ruled that Boochani and his fellow inmates could not be kept in prison indefinitely and ordered the prison administrators to allow them to have daytime passes on the island.

Emaciated, sporting long hair and a beard, he visited the islanders for the first time after the decision and found a surprising reception: Some of the natives called him Jesus. He does resemble Christ!

Boochani has regained the use of his pen and with the help of a smuggled smartphone has directed a film, written a book—by way of text messaging, and writes occasional columns for the Guardian, a British newspaper.

Last January, the Kurdish Twitter universe lit up with the news that his book, No Friend But the Mountains: Writing from Manus Prison, was awarded the Victorian Prize for Literature in Melbourne.

It is Australia’s highest literary prize and comes with a generous check of $125,000.

But Boochani was unable to collect his prize or his check or address the assembled lovers of literature for their kindness in person. He sent them a video message that said in part:

“I don’t want to celebrate this achievement while I still see many innocent people suffering around me. This is why it’s a paradoxical feeling. I demand freedom, give us freedom. We have committed no crime, we are only seeking asylum.”

The literary minds of Australia have spoken. They have validated Boochani’s youthful dream: non-violent resistance to injustice—it just happens to be in Australia.

A memo to the Prime Minister of Australia: Welcome Behrouz Boochani to your shores. Restore freedom to an innocent man and make the despots of the Middle East squirm.

Better yet, invest in the emancipation of Kurds and the liberation of Kurdistan and reap the immediate benefits: A free Kurdistan will see a dramatic drop in the number of Kurdish refugees in the world.

As to the award-winning book of Boochani, Nathaniel Hawthorne says, “Easy reading is damn hard writing.” His book, alas, is hard reading and I am not at all sure if it was easy writing.

Here is a passage from it:

“I dwell among a sea of people with faces stained and shaped by anger, faces scarred with hostility. Every week, one or two planes land in the island’s wreck of an airport and throngs of people disembark. Hours later, they are tossed into the prison among the deafening ruckus of displaced people, like sheep to a slaughterhouse.”

True, Australia has taken six years out of Boochani’s life. But consider the alternative:

In Iran, he would have rotted in a prison or possibly been hanged from the nearest crane or tree for “enmity towards God” with only Kurds mourning his death.

In Australia, he has elevated the cause of liberty to dizzying heights, forcing its literati to discover it, celebrate it, and honor it, all because Boochani has been kept outside of its blessings.

Fortunately, Boochani’s prison days are coming to a close.

Heed the words of Hegel: “Thought achieves more in the world than practice; for once the realm of imagination has been revolutionized, reality cannot resist.”

The Victorian Prize for literature has planted that irresistible seed. It will grow and expand the boundaries of freedom and liberty in Australia and the world.

For that, we all owe a debt of gratitude to Boochani.

Well done, the Peshmerga of non-violent resistance on Manus Island.

Listen to the famed Galilean teacher too—the one the natives of Manus Island thought had reappeared among them as Boochani:

“Well done, good and faithful servant! You have been faithful with a few things; I will put you in charge of many things. Come and share your master’s happiness!” (Matthew 25:23 NIV.)