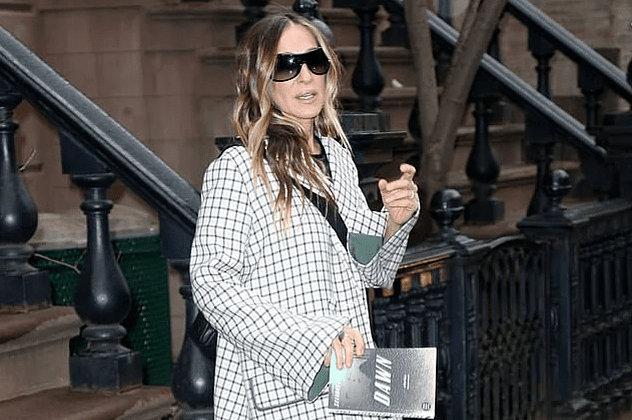 Turkish President Recep Tayyip Erdogan has a severe case of Kurdophobia, but we may have to give the devil his due on this one.

He has somehow let Selahattin Demirtas pen Dawn, a work of twelve fictional short stories, from his Turkish prison cell in Edirne.

That is terrific news for Demirtas, the popular Kurdish member of the Turkish parliament since 2007, and even better news for his real-life inspired characters—Turks and Kurds alike—who people his stories.

And that is just the tip of the iceberg:

Award-winning television and film actress Sarah Jessica Parker has acquired Dawn for her newly launched book imprint, SJP for Hogarth. The book will be published on April 23, 2019.

Think of the staggering possibilities: an American icon highlighting a campaign exposing Turkey’s cultural genocide against the Kurds!

It could cost Ankara billions of dollars. That means less money for its racist government that has decimated Kurdistan and imprisoned its brightest daughters and sons.

As experimental writing goes, Dawn can perhaps be compared to Miguel Street, a collection of seventeen stories by V. S. Naipaul that launched its author on a brilliant literary career with a Nobel Prize in 2001.

V. S. Naipaul was a struggling immigrant from Trinidad, a British colonial outpost. In London, England, he found his voice and his purpose and gave us more than 30 groundbreaking works of fiction and nonfiction before dying last August.

Selahattin Demirtas is a gifted politician from Kurdistan (Turkey), an international colony. He has been called a potential Kurdish Nelson Mandela in the pages of Foreign Policy and The New York Times has compared him to President Obama.

The Kurdish politician disputes the first comparison. That title, he says, belongs to his fellow inmate, Abdullah Ocalan, who is imprisoned on an island of his own (Imrali)—just like the African leader when he was behind bars.

The comparison with America’s first black president misses the mark, too. If anything, Demirtas is more like President Clinton, who was famous for playing the saxophone for votes. He was also good in retail politics.

Demirtas not only plays a saz, a Middle Eastern musical instrument, but also sings. He is Clinton without the latter’s storied shenanigans, and can sell democracy to Athenians and vodka to Russians without blushing.

Perhaps one day an international campaign will free Demirtas. If he comes to America again, I could easily see him sharing a meal with his new friend Parker. What would they talk about if a Manhattan restaurant hosted their meeting? Their mutual humble beginnings might be a start.

Parker’s parents were on welfare, qualifying their children for free school lunches. Demirtas was so poor he couldn’t afford to buy marbles as a kid, so he played the game with walnuts.

By the time the desserts are served, Demirtas would have found out that Parker’s company, Pretty Matches Productions, has more women than men on its payroll.

Parker would have learned that Demirtas belongs to the Peoples’ Democracy Party (HDP), a unique political organization with more women in its ranks than any other organization in the Middle East.

Both would have discovered that they love living with lots of books.

Tennyson says, “I am a part of all that I have met.” Twelve Kurdish and Turkish stories are now forever part of Parker. They should be yours as well.

Here’s my take on three of them:

The first story, “The Man Inside,” looks at the outdated traditional Kurdish or Turkish man. Macho, he is the biggest hurdle to achieving freedom, equality and justice. If his balloon is punctured, bliss will come to not just women but men too from that moment on.

The idea of “Killing the Dominant Man Inside You,” actually belongs to Abdullah Ocalan (at least in the Kurdish political world), the prisoner of Imrali Island. In the oppressive Middle East, men are the source of many of its conflicts. Demirtas has indeed “killed” the domineering man inside himself and kids and adults can joke with him with impunity. Ocalan is another story.

The book takes its title from the second story, “Dawn,” the name of its young protagonist. Six “men” conspire to put an end to her life, in the name of “honor.” That the three who do the actual killing are her loved ones—her father and her two brothers, makes you want to throw up. The others have raped her and abandoned her like a dirty diaper.

Here is how Demirtas puts it:

Then there is the final story, “The Magnificent Ending,” an attempt to hold onto light in the midst of utter darkness. It is a futuristic tale about an actual person, Bekes.

In the story, he is the co-mayor of Cizre and is invited to Harvard University to lecture Americans on the virtues of “Democratic Autonomy,” the platform of Demirtas’s party.

Americans marveling at Kurdish exploits in democracy is a new thing! A nimble pen can do many things. Reality is a lot more disturbing.

His birthday was turned into a nightmare with the news of his father’s violent death in a Cizre basement set on fire by the Turkish army. His crime? He had wanted to practice “Democratic Autonomy.” His helpless wife named their son Bekes, which means, in Kurdish, “the one without a family.”

It is an odd name with a haunting beginning to be the subject of a hopeful story that passes as a basic Kurdish demand for peace with Turks inside the one country that both call home.

But the most extraordinary thing about the tale and the entire book is the compassion of its noble author. He refuses to be poisoned by the racism of President Erdogan that is now the law of the land.

In that hatred touched land, the toddler Bekes is growing up with a hole in his heart because his president with less love in his life made sure that he would never get a hug from his father.

Demirtas is probably right, the real Bekes, like the fictional one, will, one day, march in his father’s footsteps because fires have always fortified ideas instead of extinguishing them. Just ask the ghost of Nero.

This article first appeared in the pages of Jerusalem Post.