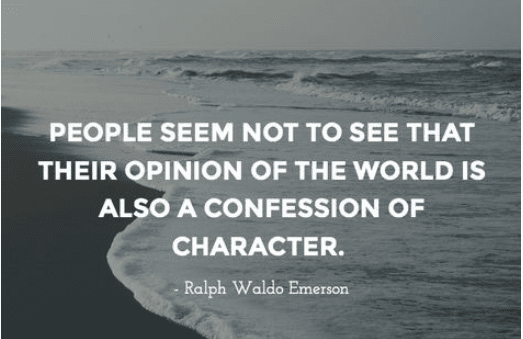 You could say that Turkish President Recep Tayyip Erdogan played with fire—and got burned. Even better—it was Kurds who lit the flame.

It started when Mr. Erdogan noticed his handpicked candidate for mayor of Istanbul, Binali Yildirim, was losing in the polls. In desperation, he turned to Abdullah Ocalan, the imprisoned leader of Kurdistan Workers’ Party (PKK), for help.

Mr. Ocalan obliged but, as a Turkish proverb puts it, “Things didn’t go as planned.”

Turks and Kurds got a glimpse of the plan when a somewhat nervous Ali Kemal Ozcan, a Kurdish academic, faced the television cameras of the Turkish media on the shores of Marmara Sea to voice a statement of the Kurdish leader on June 20, three days before the repeat election in Istanbul. Mr. Ocalan urged the Kurdish voters to abstain from voting.

Pro-Erdogan media, which controls 90 percent of country’s news outlets, was beside itself with joy. Kurds weren’t. The majority of them voted against Mr. Yildirim, the would-be mayor of Istanbul.

On June 23, in other words, the fledgling Kurdish democracy took a giant step forward.

In one hundred years, if we have a fully functioning democracy in Kurdistan, historians will credit the day that Turkish democracy seconded its gains in Istanbul, as the day that democracy finally took root among the Kurds.

In true democracies, the people choose their leaders who believe in an open society—one that respects the rule of law and freedom of speech.

In Turkey, where Mr. Ocalan lives in solitary confinement, the news that he gets is heavily censored, and what is allowed produces, unfortunately, predominantly pro-Erdogan views.

Still, there are Kurds who think Mr. Ocalan is incapable of being deceived—like Socrates, and his desire to help Erdogan will, eventually, lead to the equality of the Kurds with the Turks.

Leaving aside that grandiose illusion, one Turkish politician, Devlet Bahceli, whose love for Kurds matches that of Saddam Hussein for Halabja, was very pleased with the statement of the Kurdish leader:

“Mr. Ocalan’s letter is an expression of his displeasure for HDP’s calamitous deviation [from the right path] and its vile support for the Contemptuous Coalition [of the Istanbul election].”

The “Contemptuous” Coalition’s candidate, Ekrem Imamoglu, is now the mayor of Istanbul. Perhaps he will do some good for his Kurdish supporters by honoring our language, for example, in the multilingual brochures of his city as Berlin does with Turkish.

But Istanbul, alas, is rich in living bigots—just as Berlin was once the bastion of anti-Semites.

The Red Army cured Berlin of its anti-Semitism.

Who will do the same favor for Istanbul to make it a city of all its residents with rights that are honored across the board by their elected representatives?

Ali Kemal Ozcan, with a laudatory PhD on the leader of PKK under his belt, thinks Ocalan can, and has been lobbying the Turks for a breakthrough in the festering Turkish-Kurdish conflict.

As he sees it, Kurds haven’t got the power to secede from Turkey. Nope, not even the superpowers can wrest the Kurds from the Turks, he writes on a website called hurhaber.com. Only Turks can bring about such a calamitous change and it will happen when they belittle the Kurds and mock Mr. Ocalan.

They should, he goes on, instead of mocking the leader of PKK, consider him a “national” figure and a “native” rebel. A better path for both peoples is to unify the Turks of Anatolia with the Kurds of Mesopotamia. It would mark their fourth union with benefits for both peoples.

The problem with Mr. Ozcan’s panacea is that it is the polished version of Mr. Ocalan’s old plan that was summarily rejected by the Turkish government when it was first aired after his imprisonment. He is definitely not an original thinker, but you have to give him credit for persistence at least.

Mr. Ozcan is also a good storyteller and has compared Erdogan to our Saladin:

“Erdogan, the leader of Turkey, has managed to tell the West—notwithstanding your arrogance, your insatiable greed, your godforsaken ‘mind’ and style, enough [is enough]. And he has earned the right to become the second Saladin.”

The first Saladin liberated Jerusalem from the Crusaders. This “second Saladin” would, apparently, liberate it from the Jews. With praise like this served with a bit of obligatory anti-Western sauce, Mr. Ozcan, apparently, secured a meeting with Mr. Erdogan, and they, it looks like, got Mr. Ocalan on board for their joint production that misfired on the Election Day.

Maybe, you are thinking, President Erdogan is indeed gullible and comparing him to our Saladin has softened his heart and may pave the way for reconciliation of Kurds with Turks.

As Metternich noted, “No one is easier to defeat than a diplomat who fancies himself shrewd. Only totally honest are difficult to vanquish.”

I realize Mr. Ozcan is not a diplomat, but he writes and speaks like one masquerading as an academic.

I am afraid the man he has designated as a potential Saladin—the conqueror of Afrin and the destroyer of Cizre—has already shown his true colors: He “loves” the Kurds, but prefers the submissive ones!

In the end, it is not shrewd politicians or academics, but honest and fearless Kurds who can guarantee a free and democratic Kurdistan.

This oped originally appeared on the website of Counterpunch.org