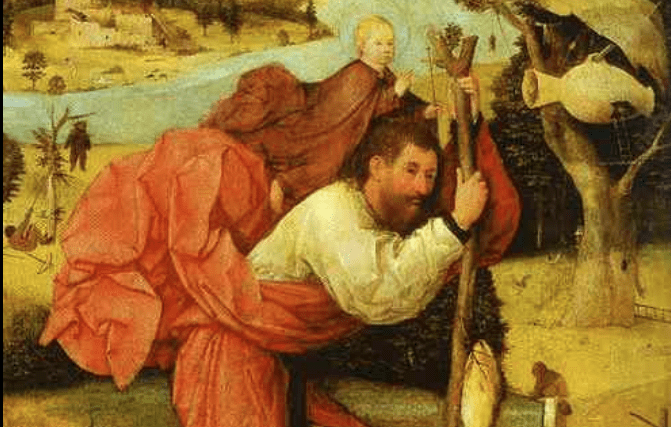 First about a shop that serves falafels at Adams Morgan neighborhood in Washington, DC. On one of its walls hangs a sign with a quote: “I love my country… but I think we should start seeing other people.”

For Americans who have a country, the quote is whimsical. But for Kurds, who are forced to share their homeland with others, it reflects our reality. Kurds who live with Turks must learn Turkish (as a price of going out with Turks), but very few Turks bother to learn the language of our mothers.

The same rule applies to Kurds with Arab neighbors in the South (although it is a bit relaxed right now) and Persians in the East. I don’t have definitive facts, but I suspect that more of us have married the daughters of our neighbors than our neighbors have married our sisters.

This lopsided commerce in love and languages hasn’t ushered in the dawn of Kurdish freedom. If we aren’t learning liberty from our neighbors, isn’t it our right to look beyond them for alternative role models?

The old Saint Christopher of Anatolia might be a good place to start. His story is apocryphal, but it provides lessons for Kurds who feel trapped between a rock and a hard place.

He was born in Canaan before the birth of Mohammad, and after that of Christ. Turks were then living on the border of China and the Greek language was the lingua franca of Anatolia bordering our homeland.

His parents named him Offero, some sources say Reprobus. He grew into a giant of a man with a fearsome countenance and developed an incurable desire to serve the most powerful man on earth.

His first attempt with a local king didn’t go well. He soon found that his sovereign was afraid of the devil. The two parted quickly.

He then looked for the devil. A charlatan took him under his wings. Their life of debauchery came to a dead end as well when Offero discovered that his new master would not cross the shadow of a roadside shrine that had a cross on it.

Needless to say, that relationship too ended abruptly.

Then began Offero’s quest to find Christ. A fasting and praying hermit acknowledged his allegiance to the object of his search and urged Offero to fast and pray if he wanted to be one with the Jesus of Nazareth.

Offero demurred. He loved his food and had never heard of fasting before. The hermit then tasked him with the job of ferrying pilgrims across a turbulent river with the same goal in mind.

Offero did so for years on end. One day, a child showed up at his hut and requested passage for himself. Offero carried him on his shoulders, but almost lost his life in the process.

The child was much heavier than all his previous loads.

Upon inquiry, Offero discovered that he had carried Christ on his shoulders and that vastness of the load was because all the sins of humanity were loaded on the shoulders of his passenger.

From then on, Offero became, Christopher, the bearer of Christ.

The native of Canaan began serving Christ round the clock and urged others to do the same. Since this was a crime in the Roman Empire, he was martyred in the third century AD.

The Church later canonized him as a saint and he is now venerated as a patron saint of travellers in the Christian world. Whenever you see the statue or a picture of a man with a child on his shoulders, get closer, the inscription will probably say, St. Christopher.

16 centuries later, a German wanted to do what Saint Christopher had done with a twist: He wanted to serve the strongest advocate of freedom in his homeland, Germany.

His name was Ernest Moritz Arndt, and he was known as the singer of German fatherland.

Germany at the time, like Kurdistan today, was divided and Germans then, like Kurds today, were clamoring to be free and have their own place under the sun.

Arndt chose to serve King William III of Prussia and agitated for the unification and liberation of Germany to make it equal of its neighbors.

He didn’t get to see a united Germany, but it came eleven years after his death in 1871.

Now imagine Saint Christopher were a Kurd and his new mission was to serve the strongest advocate of freedom in Kurdistan. Who would he serve?

While you are mulling over your answer, let me make you privy to a new candidate vying for the same title throughout the world: knowledge.

Apple, the company, is now richer than Exxon Mobil. The first makes its profit from the sale of knowledge-based computers and iPhones. The second will one day file for bankruptcy because it will run out of fossil fuels.

In other words, the riches of Kurdistan are not under or above its soil, but in the curiosity of its children. If we could set their minds aflame, freedom, unity and emancipation will come sooner than you think.