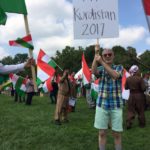 I recently attended a rally in Washington, DC to express my support for the Kurdish referendum in Kurdistan/Iraq. We enjoyed short speeches, pleasant music and joined hands in large circular dances to celebrate the Kurdish vote on independence from an overbearing partner, Arab Iraq. Kurds flocked from Tennessee, New Jersey, New York and even Canada.… Continue reading → 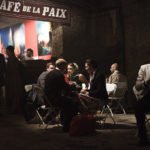 “We sail within a vast sphere, ever drifting in uncertainty, driven from end to end.”—Blaise Pascal When French philosopher Pascal (1623-1662) said that, he didn’t have Algeria in mind—but he could well have. An Algerian joke in the 1990s had a young Algerian asking his father: “What do the colors of the Algerian flag signify?”… Continue reading →

By Kani Xulam May 30, 1999 In 1870, when Germany declared war on France, Alsace and Lorraine, among other things, became the spoils of war. In the Treaty of Frankfurt on May 10, 1871, Paris agreed to the secession of its two provinces. For years after, the French media referred to the lost provinces as… Continue reading →