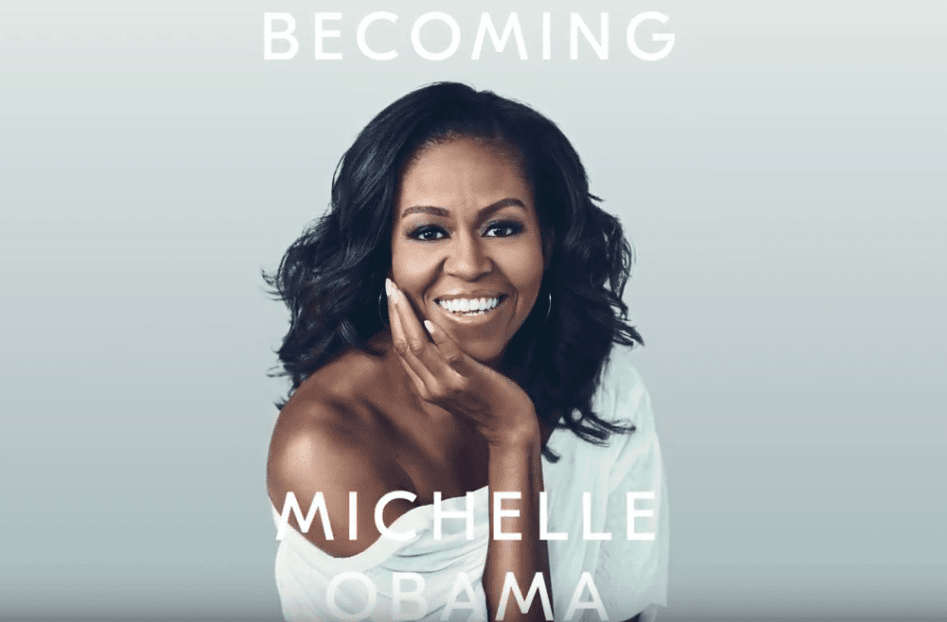 I was one of those nanosecond purchasers—curious about Mrs. Obama’s possible response to a hand-delivered note on our hapless Kurds by an American professor in Ohio.

The book is well crafted, neatly divided into three parts: Becoming, Becoming Us, and Becoming More.

In the first and second parts, we meet Michelle Robinson before and after her marriage to Mr. Obama. In the last part, she makes us privy to her White House years.

The president was viewed as a precious “gem,” she tells us. Hundreds of people worked around the clock to optimize his power, his health, and his image, she adds.

As First Lady, she too became the beneficiary of his privileges and like him never carried any cash, house key or driver’s license.

If you are about to shout, “Michelle, you go girl,” don’t. As Mary Rambo, a character in the novel, Invisible Man, might have said for her, “I am in the White House, but the White House ain’t in me.”

In Michelle’s case, it became obvious one spring morning when she, her husband, and their two daughters were invited to the South Lawn by an unknown White House employee named Lloyd.

He told the First Family how they could freely pet four beautiful cats: a lion, a tiger, a panther and a cheetah with no danger because the animals had been sedated.

But as they approached the animals, the cats suddenly attacked.

Mrs. Obama panicked, yelling: “I thought you said they were sedated!”

“Don’t worry, ma’am,” Lloyd told her. “We have got a contingency plan for exactly this scenario!” Secret Service agents are on the lookout to attack any misbehaving cat with tranquilizing darts.

But one tranquilizing dart missed the cheetah and speared Mrs. Obama’s daughter. The First Lady lurched—only to discover that she was in bed next to the soundly sleeping president.

If you are a student of American politics, you can’t help but scratch your head here and murmur to yourself the pithy observation of Malcolm X: “I don’t see any American dream. I see an American nightmare.”

To be sure, the dream of living in the White House was Mr. Obama’s who was “hardwired” with optimism, says Mrs. Obama.

She had hoped he would lose his bid to become the junior senator of Illinois in 2004 and bid farewell to politics forever. Instead, he won and aspired to the highest office in the land four years later.

History was indeed made when the great-great-granddaughter of a black slave named Jim Robinson became the First Lady of America.

At her first inaugural ball, Beyoncé sang the R&B rendition of “At Last.”

At the White House every time she wore a new clothing item, it generated 14 million dollars for the company that manufactured it.

When not attending state functions, she worked on reducing child obesity by urging a healthy lifestyle coupled with physical activity.

While she basks in her glamor and success, her book makes no reference to the professor’s Kurdish note.

She is also quiet on the plight of 7,000 Yezidi women who were sold in the souks of Islamic State as sex slaves.
Although one can’t compare Kurds to blacks and Iraq to America, I did compare Mrs. Obama to our own Kurdish First Lady of Iraq, Sarbagh Salih.

Full disclosure: I know Mrs. Salih and have eaten her delicious dolmas when she and her husband were living in Virginia.

The Kurdish First Lady, to my knowledge, hasn’t said much of her time at the Al Salam Presidential Complex in Baghdad. When she does, will it be the ghost of Saddam Hussein talking to her, ruining her day, the way the ghost of King Hamlet talked to Prince Hamlet and ruined his life?

The “first” and “black” combination has always come with a heavy price says Michelle Obama. The same goes for Kurds whether they live in Iraq, Iran, Turkey or Syria.

As a Kurd, I want to see the “first” and “Kurd” combination in Kurdistan—like the first Kurd to find cure for bigotry hails from Shaqlawa in Kurdistan.

As a human, I wish the second ‘Black First Lady of America’ a nightmare free sleep at the White House.