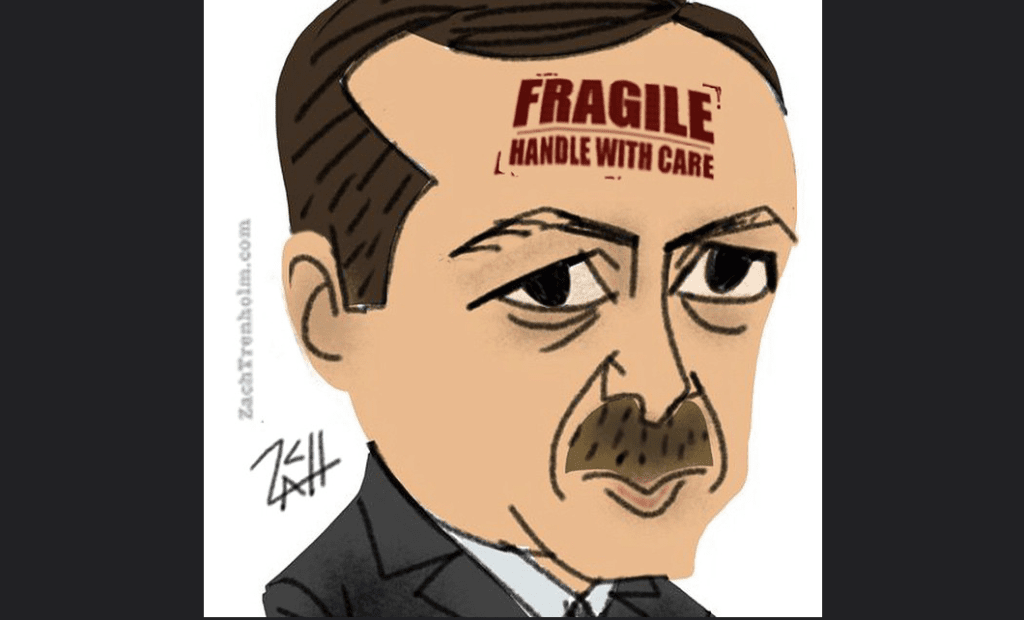 A coup may erupt in Turkey, where half of Middle Eastern Kurds live. At least that’s the prediction of the RAND Corporation, an American think tank. That should alarm those who believe, as I do, that the worst of civilian governments are better than the best of military dictatorships.

Although Turkey has a civilian government right now, it acts like a military dictatorship in Kurdistan—Turkey. Nine duly elected Kurdish parliamentarians are rotting in Turkish jails; 68 Kurdish mayors are languishing in prison.

There are, for example, real fireworks between Turks and Israelis, and Turks and Russians—but the ones between Turks and Kurds are, alas, ignored. RAND, acting BLAND, in the memorable word of Dr. Strangelove, in the movie of eponymous name, pretends that Kurds don’t matter.

Is this out of sheer stupidity or deliberate negligence?

The “BLAND” Corporation may choose to ignore us, but that doesn’t mean we should swallow its prejudices. Let us look at at some of the highlights of its report and see if they will take us a place called enlightenment.

HAMAS, for example, is viewed as a terrorist organization inside Israel, but not in Turkey. RAND doesn’t urge Turkey to break off relations with it. It clings to the hope that Ankara’s relationship with the outlawed group might help the United States to engage it—for the sake of lasting peace between Israelis and Palestinians.

How about the lasting peace between Turks and Kurds?

RAND is mute on the point.

PKK, for example, is viewed as a terrorist organization in Turkey. But Israel kowtows to the same Turkish policy relative to the Kurdish group. Does RAND urge Israel, for the sake of peace between Turks and Kurds, to make a strategic move and surprise the PKK with a Jewish hug?

Nope. It does nothing of the sort.

Does that mean RAND wants Kurds to fight Turks to the last man standing?

The American think tank also uses a strange scale to measure the value of human life. Turks calling themselves “anti-imperialists” embark on a mission to break the Israeli blockade of Gaza on May 31, 2010. Instead of practicing the nonviolent tactics, they attack the Israeli commandoes who block them from entering the besieged city.

Ten Turks die. Ten Israeli commandos are also injured. The mission is aborted. A cold war enters the relations of Turks with the Israelis.

In the meantime, on December 28, 2011, the American Intelligence Services inform their Turkish counterparts that a group of people are crossing their border from Iraq with mules laden with goods. Turks, unlike Israelis, do not bother to warn the group to stay clear of their border or identify themselves. They rain bombs on them. 34 smuggling Kurds, 28 of them carrying Uncu last name, meet instant deaths.

Does President Obama offer an apology to the surviving Uncus for enabling the Turkish air force to bomb their loved ones? Does Prime Minister Erdogan visit the site of carnage to offer the bereaving Kurds some words of consolation?

But the American think tank finds its voice when it issues Turkey a relatively clean bill of health. Comparing it to Iran, it declares, “Turkey is populous, rooted in a coherent nation-state, technologically advanced, and militarily capable.”

Is Turkey really a “coherent nation-state”? Or is it like a bus with flat tires and an erratic driver with a clinical phobia for Kurds, who constitute one-fourth of his passenger list?

I am reminded of another superlative testimonial on the eve of a revolution that swept away a monarchy in Tehran and introduced theocracy to Iran. It came from President Carter by way of a toast at Niavaran Palace: “Iran is an island of stability in one of the most troubled areas of the world.”

That supposed “island of stability” was swamped in a violent sea of turmoil within a year.

How long will the “coherent” and “advanced” state of Turkey put up with its volatile conductor and his self-selected crew? Men with arms, officers of the Turkish army, are alarmed over their collective behavior says the RAND report.

In other words, they are keeping their arms at the ready and waiting for the most opportune moment to strike.

They will plunge Turkey into a sea of blood and Kurds and Turks alike will miss the “good” old days of Erdogan. What the country needs is another set of men, and women too, armed with democratic credentials, encouraged by the likes of RAND, to end the domination of Turks over Kurds and cultivate a democratic spirit that would bring a smile to the faces of Pericles, Cicero, Thomas Jefferson, Nelson Mandela and Vaclav Havel.